I write new articles and publish them to Substack if you want an easy way to keep up. I hope you’ll subscribe!

Ethan Kurzweil and the Bessemer team put up a few of their investment memos over the weekend (thanks for the initial link Gabor!).

Yeah.. We met with BVP but ultimately the investment came from “15 Angels LLC”, which the folks claimed was a way to avoid the signaling problem with a venture firm participating in your angel investment. I still have a hard time believing that other firms didn’t know what 15 Angels was and/or that they wouldn’t just ask about it during diligence in the next round.

Narrator: There was a next round. They did ask.

David was the big name at this point.

James and Ethan were nice young guys asking lots of questions and providing commentary. The thing I remember most is that you could see three different personalities interacting - the hard-ass we were beneath, the nice questioner, the guy who seemed to be negging us.

We didn’t close the round until March 2009, and that’s because Mitch Kapor led the round. We’ll can talk more about terms and sticking to your beliefs around control later 1.

So if they had this memo ready, they were still queasy about it or posturing. Because you’ll see below we got a paper check as part of the offer on Feb 18.

So 2009. You need to zoom in to see that reflection bling.

Yeah, that’s what we were saying. Here’s the slide. 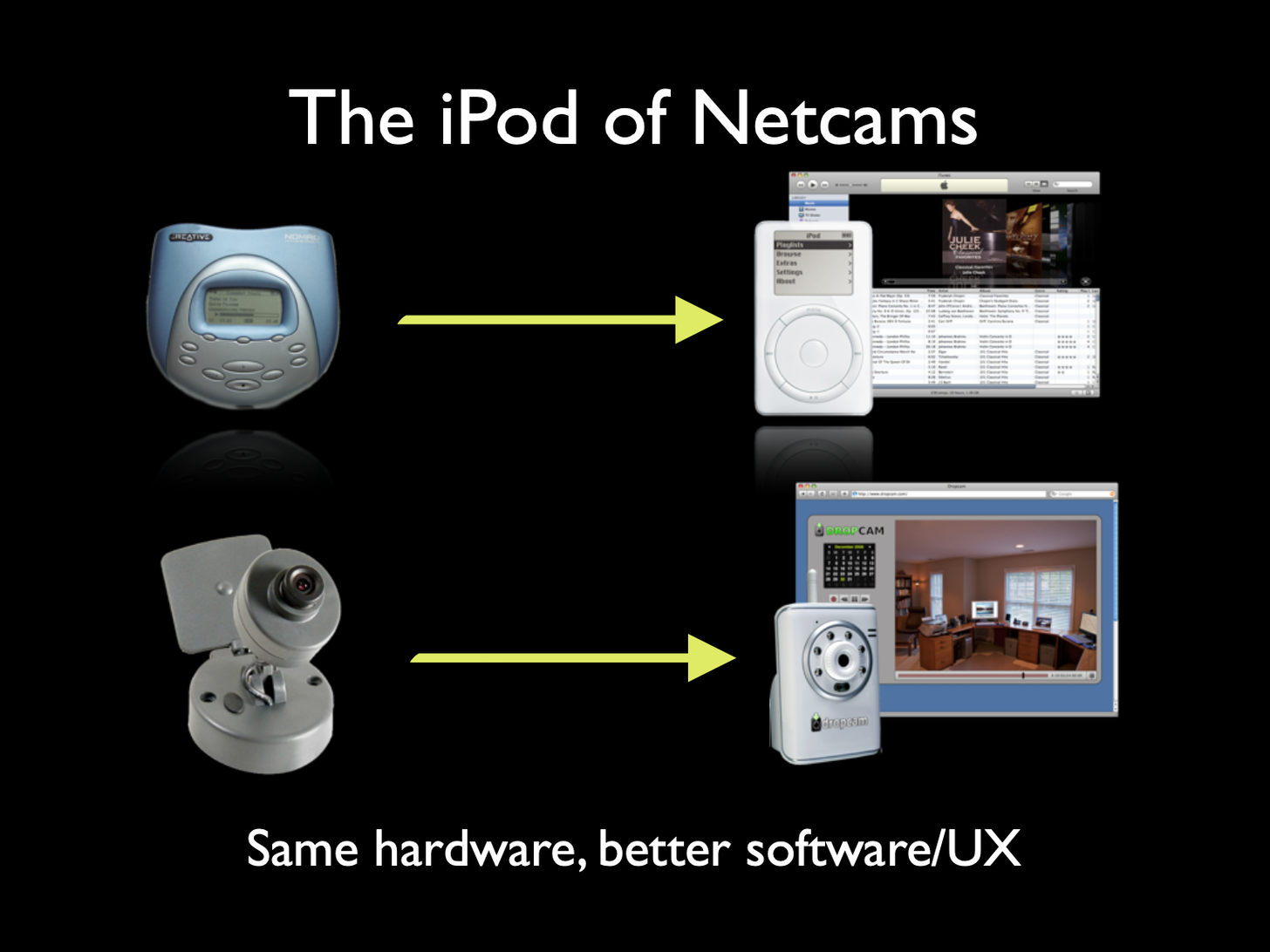 There was some arguing going on in the background here, but that’s another story to tell about big picture goals (and Greg’s vision) versus practicality (and my pessimism)2.

Yeah, kind of. We changed that number a few times as we were telling our story and feeling out appetites.

As for their comment about a $2m VC-led round, I’m not sure where they heard this. Maybe we asked if they would do so and they took it as “there’s another VC coming together.” Or what you hear about VCs talking to each other is true.

There were discussions with another firm, but that’s yet another story about power and branding 3.

At that point we had spoken to around 40 people, I think. Most people said no, and a few people were waiting to see if a big name would lead so we were definitely getting strung along.

The first one who actually said yes were Bessemer.

This part is really memorable. James said something like:

We don’t know if this idea is going to work… we think you’re going to pivot… but we really like you guys and think you are smart so it’s a bet on you. 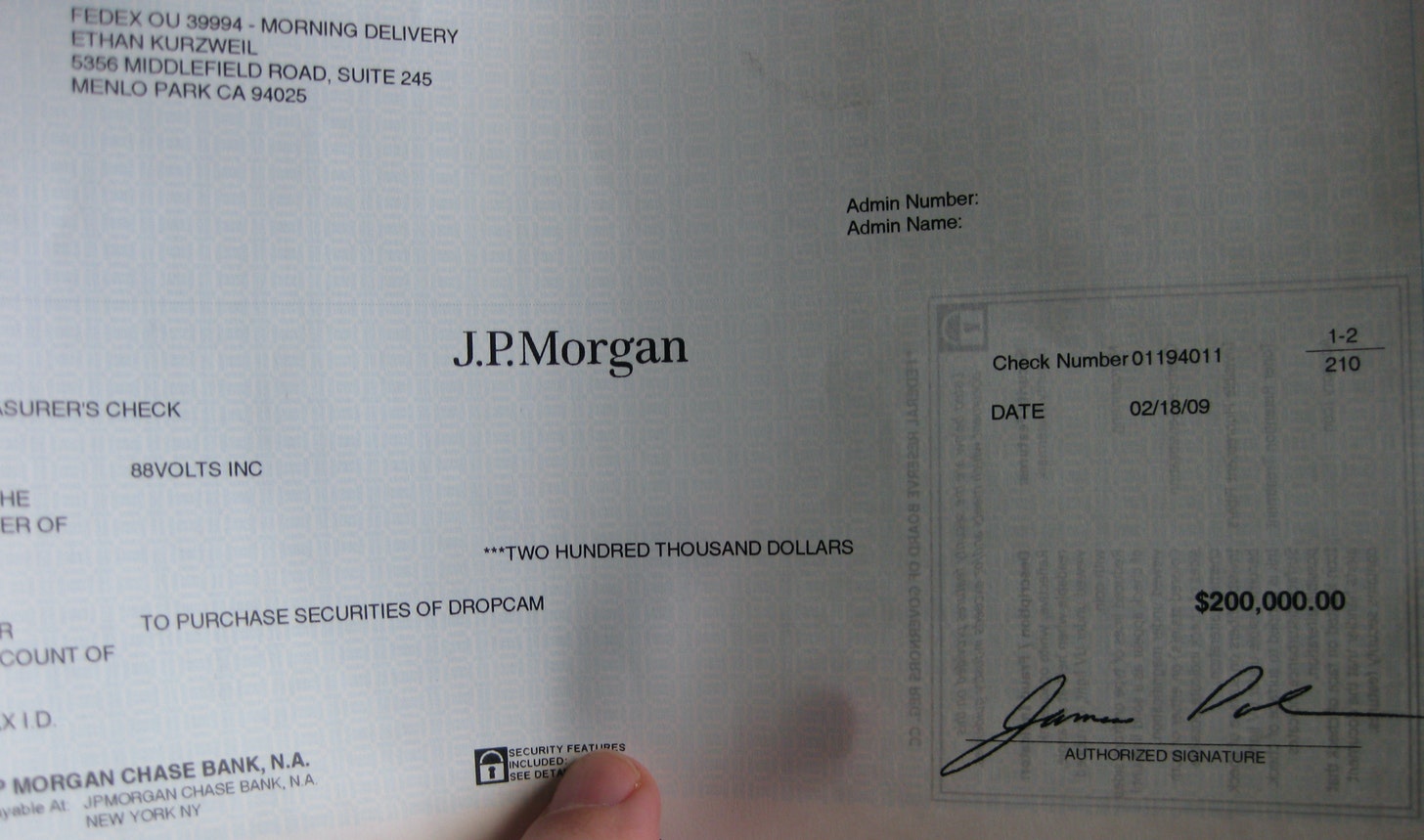 Even today, you can’t buy a Nestcam and be online in 30 seconds.

Our demo in investor offices was this:

Here is the current experience (see the slide below).

Greg had hacked an off-the-shelf Trendnet camera so all you had to do was input the network name and password at the command line, and then you saw video streaming on a website. This happened in less than a minute.

We gave the investor a normal Trendnet camera and box and asked them to go try it at home and report back how it went. 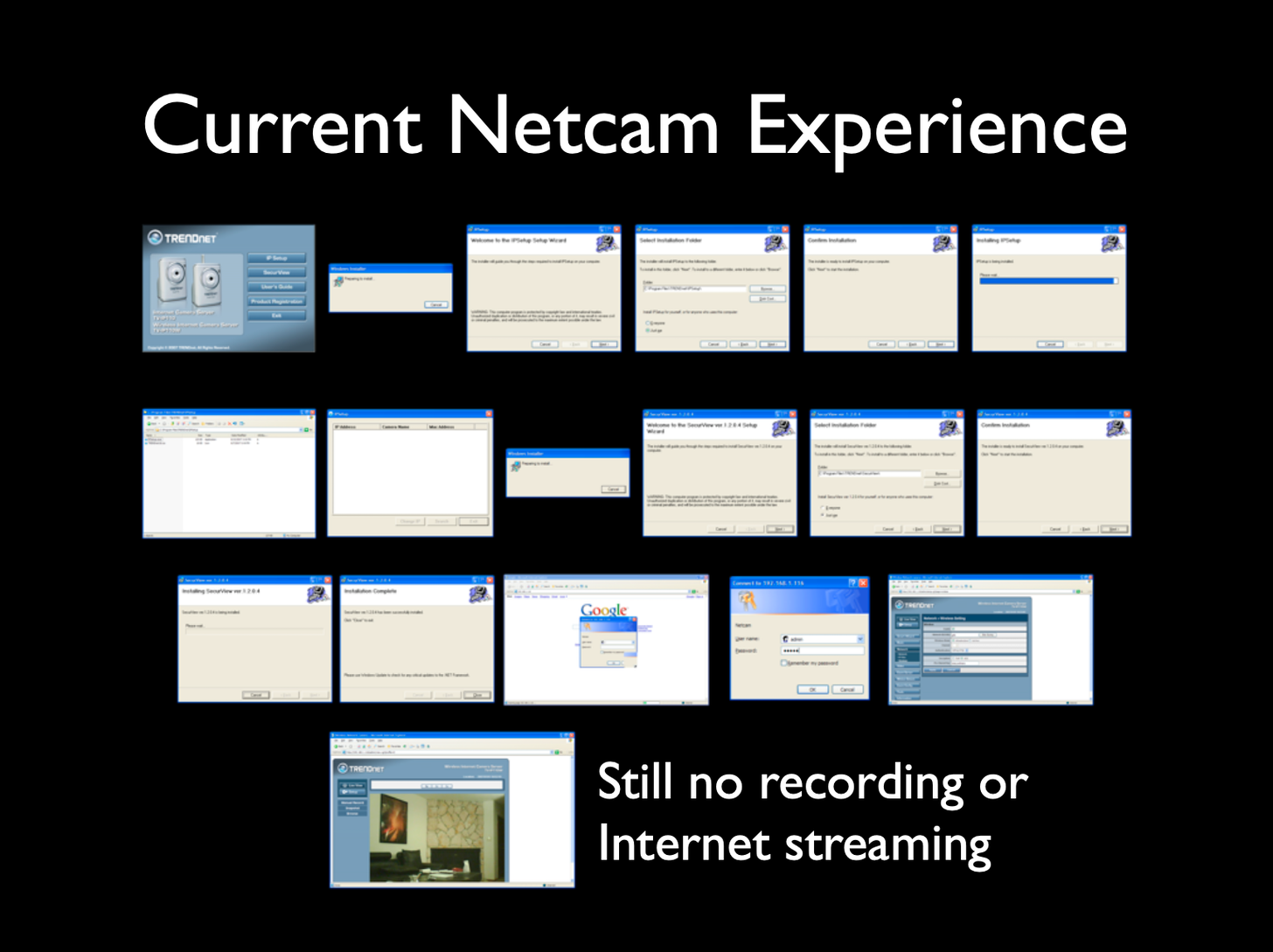 We later started saying “drop dead simple” and “drop it into place”. But that’s the real story of the name.

Most of the origin stories you hear are bullshit.

“Dropcam has had preliminary discussions with camera manufacturers”

We must have said something… fuzzy if this is from January 2009. But remind me to tell you about Sony and the fight Greg and I had at SFO that resolved one of our main founder arguments in the early days 4.

We met with David, James, and Ethan a lot while pitching - 5+ times. And I think Greg met with them a few more times on his own.

Remember, this pitch is occurring before Square, Shopify, or any of the tools people use today to fake a product and get money online.

I worked on setting up a marketing website, writing some initial copy for a landing page and Google Ads, and let it run over a few days before a meeting, and we came up with results that gave us an idea of how often searches could happen, and whether the value prop was interesting enough to click on: 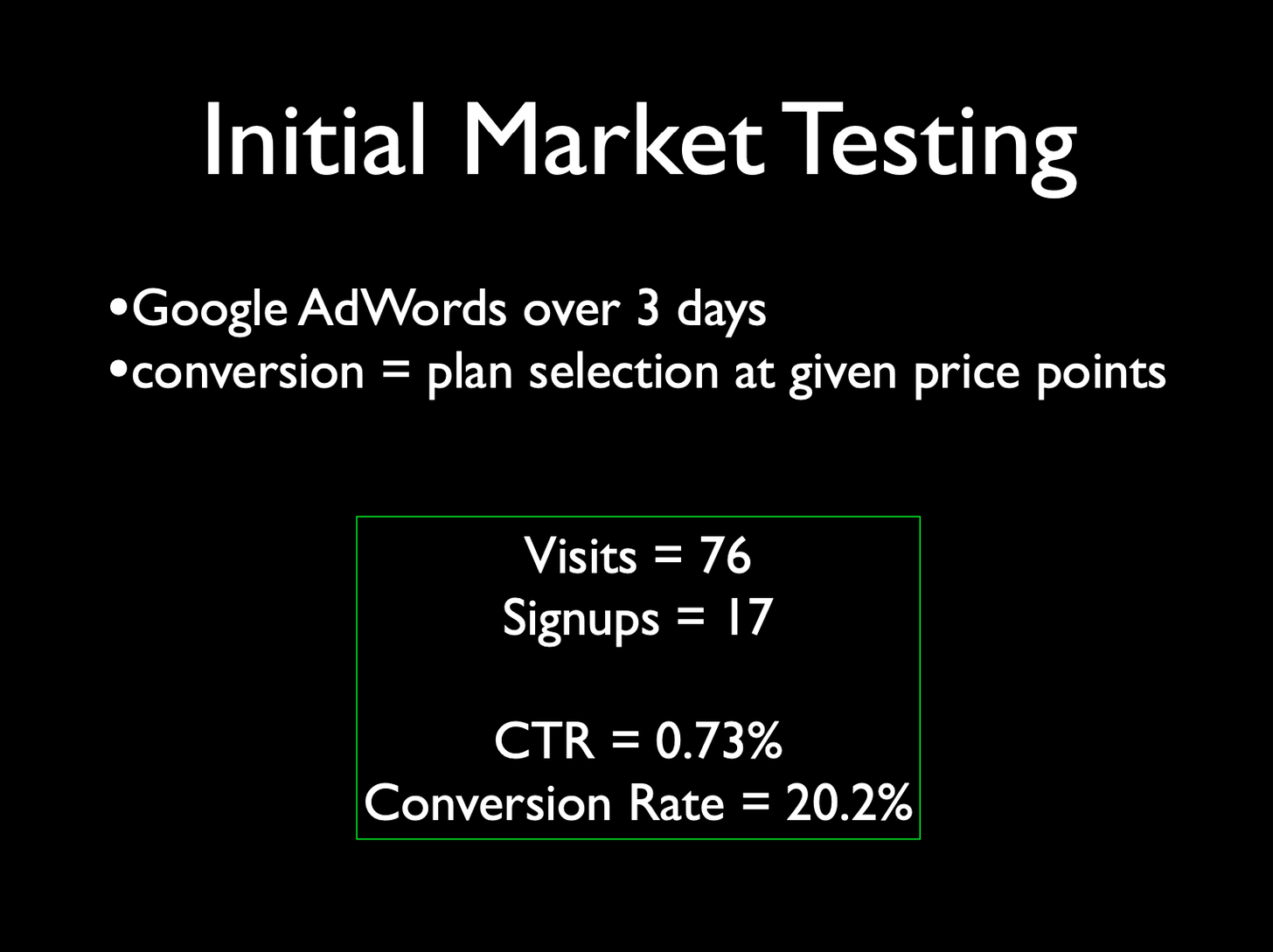 We were definitely concerned. Not a lot of impressions was the biggest worry (see how we didn’t show that?). So we had an idea that there would be a lot of evangelism and marketing to think about.

But at the same time, we had some useful data and could see we weren’t dealing with zero market.

We show the info, and James and Ethan laughed their heads off.

Come on guys you know that’s bullshit. But you’re thinking about things the right way. 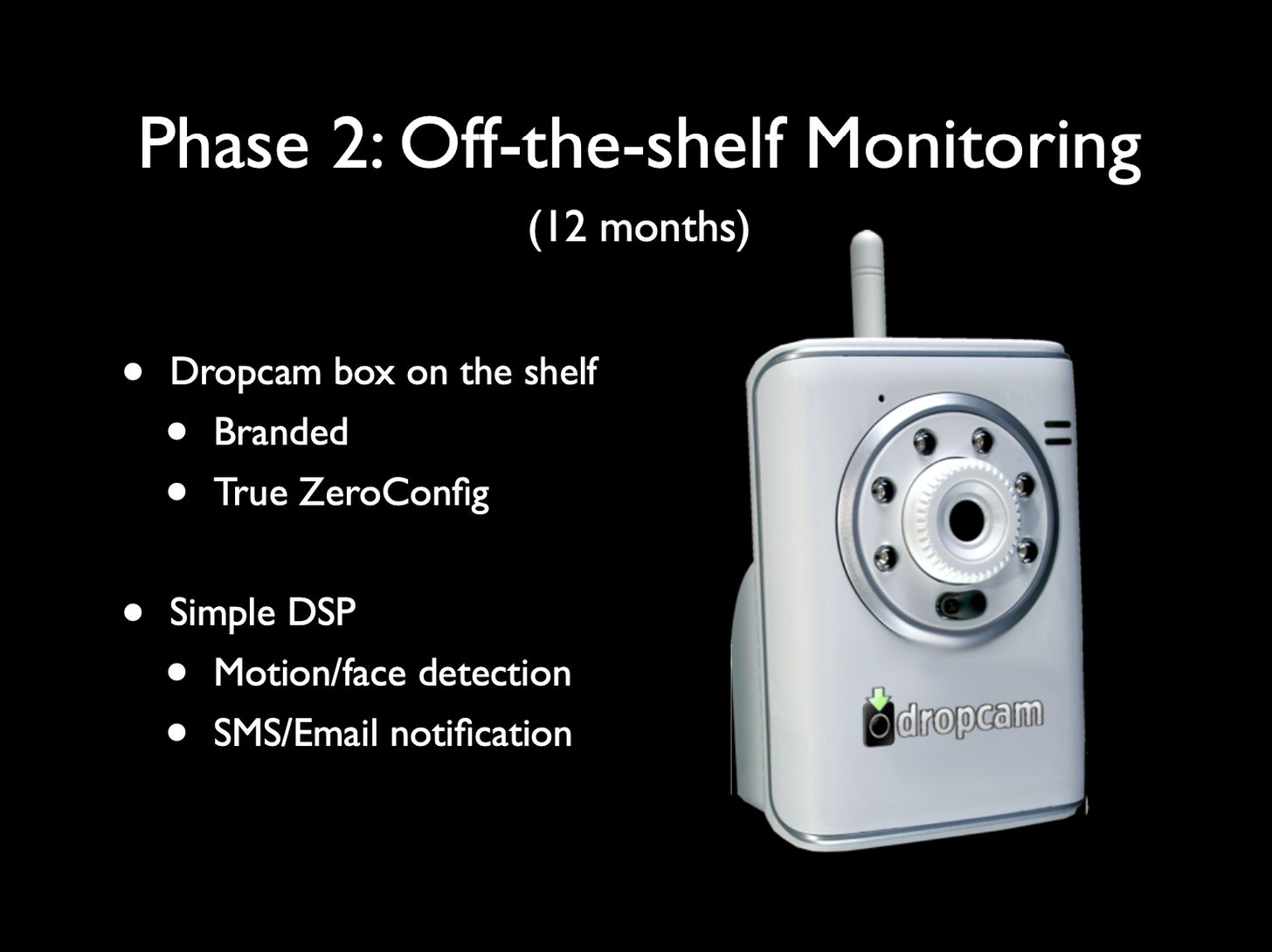 We were asked about the size of the IP camera market a lot. Somehow we got data from a report and never shared it with prospective investors. It was laughably small, especially in the US. Like $200 million small.

That’s why we would: 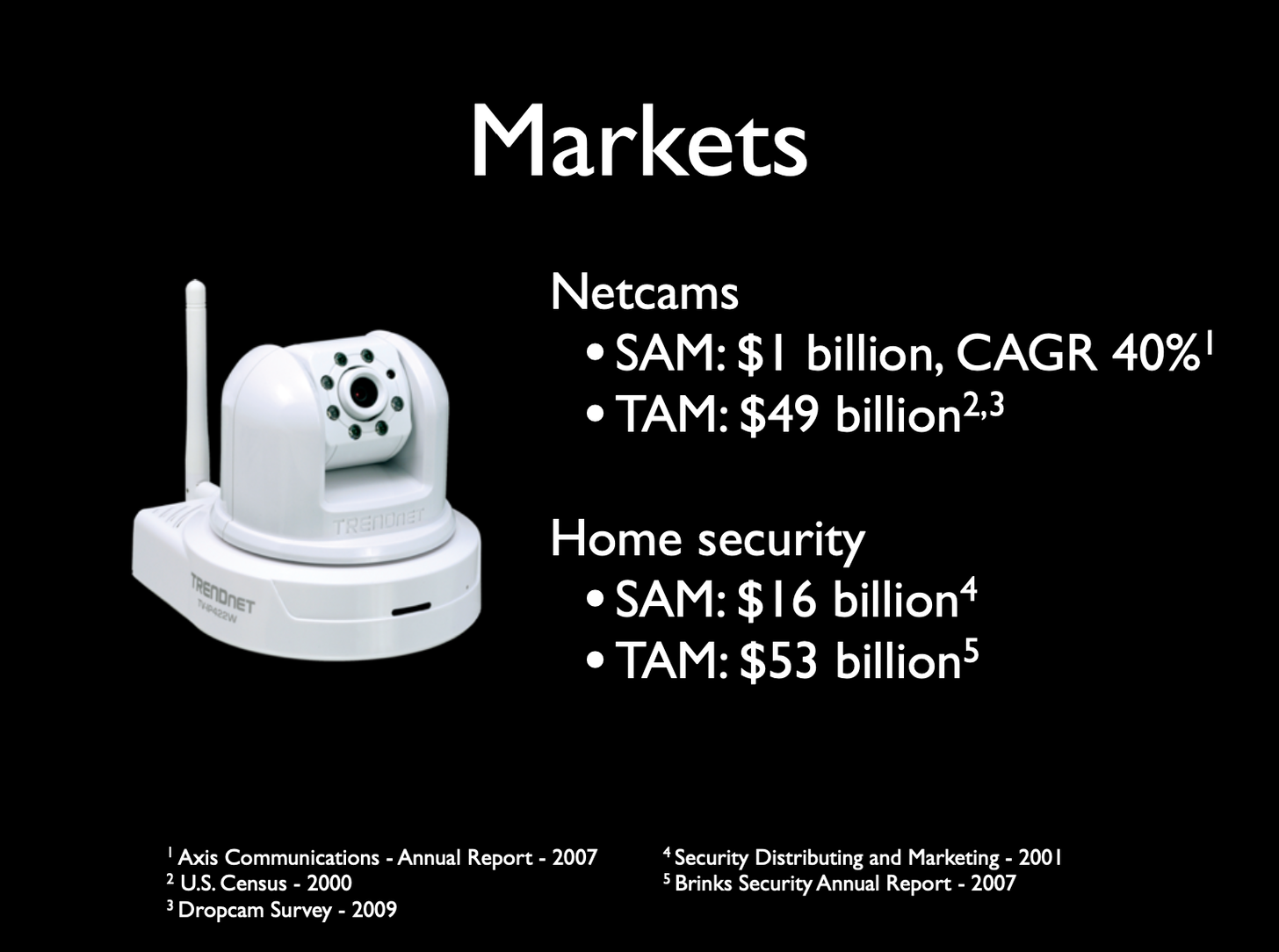 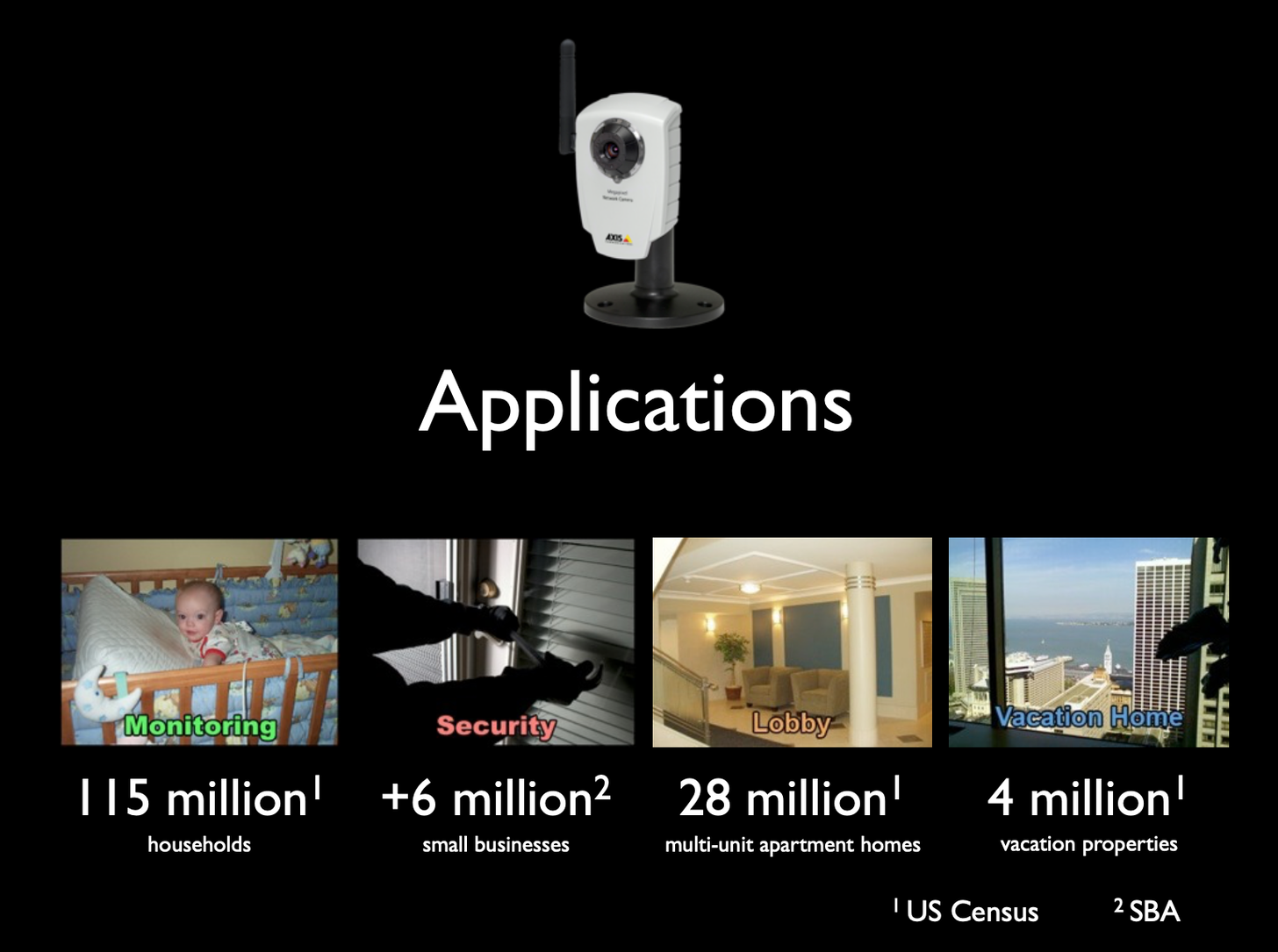 Greg is most definitely brilliant.

My background in hardware engineering was a plus here but a bit of a red herring, as it was mainly in signal processing - so I knew about DSPs and machine learning, but we went along with investors who thought that meant I had shipped hardware. The National Instruments experience was observation, not participation.

I am shocked Bessemer got good referrals for us from Xobni5, as the leadership there said they would bad-mouth us to anyone who asked for a reference 6. I assume it was our peers who spoke positively about us. Or Bessemer edited this memo before publishing.

In the below slide the hardware part is wildly off but shows how we thought about shipping a router to help with configuration.

Yet manufacturers, investors, and even camera influencers didn’t believe us 7.

That’s totally right. But we had seen bad leadership and knew we could do better. And we could grow. Shocking idea in 2009, but different now thanks to a16z.

“buy access to what will be a competitive Series A”

That is a story for another day 8.